Site Selection in Will County, Illinois

Will County has thrived because of a well-developed transportation system of roads, rails and rivers and its location in relation to Chicago. 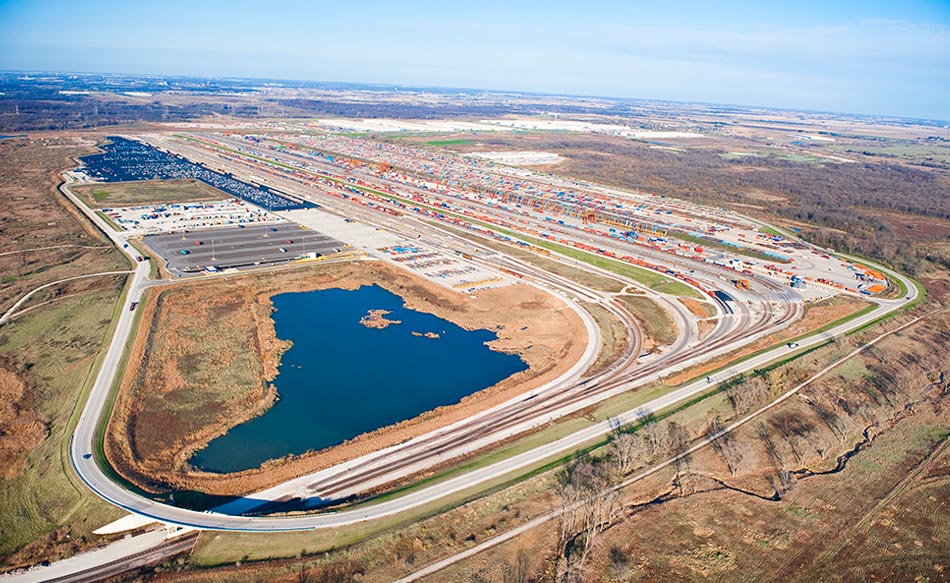 Transportation assets in Will County have expanded to include several modern intermodal facilities, a large network of warehouse and distribution operations, a strong logistics workforce and the availability of industrial zoned land. Significant infrastructure improvements planned for Will County highlight the importance of it’s Inland Port.

Will County is the home of the largest inland port in North America, served by five Class 1 railroads, three intermodal facilities, four interstate highways, three navigable waterways and 1,500 miles of pipeline. If you need it moved, Will County delivers.

Will County’s roadways are defined by three major interstates I-80, I-55 & I-57 along with the I-355 Illinois Toll Road. Interstate 80, the second longest interstate in the U.S., provides the primary east-west route through the county.

The three intermodal facilities contribute to the County’s status as the largest inland port in the nation.

BNSF’s intermodal facility has the most intermodal lifts of any of the facilities in the region. Additionally, the transload facility at CenterPoint exports 76 million bushels of grain annually.

These facilities have established Will County as a significant link in the global supply chain.

Will County hosts more miles of underground oil pipelines than any other County in the state with over 1,472 miles of pipeline infrastructure.

As a result, the State of Illinois leads the Midwest in crude oil refining capacity, as of January 2016.

Will County’s only corporate airport is owned and operated by the Joliet Regional Port District and, respecting its original owner, is called Lewis University Airport (LOT).

As a designated General Aviation Reliever, LOT is the linchpin of the FAA’s Southwest Chicago airport system.

Occupying over 1,000 acres in Romeoville, the airport is the home of 185 aircraft, including some of the corporate industry’s largest business jets, generating some 100,000 aircraft operations annually.

Bult Field is a general aviation and corporate aviation airport near Monee providing direct access to central and eastern Will County and the greater Chicago Southland area.

In 2014 the Illinois Department of Transportation acquired Bult Field as a key component of the state’s overall plan to develop South Suburban Airport (SSA).

The state owns more than 4,600 acres of the 5,800 needed for the inaugural airport and continues to work with the Federal Aviation Administration (FAA) on the final airport plan.

Will County is home to a number of businesses and industries which rely heavily on the U.S. inland waterway and Great Lakes systems.

Bulk commodities, including coal, grain, sand and stone are the most common products transported by water in Will County.

Navigable waterways in Will County include the Illinois River, Des Plaines River and Cal-Sag Channel.

The Illinois River connects into the Mississippi River to the south, providing access to Gulf of Mexico markets.

The Cal-Sag Channel connects to Lake Michigan, providing a gateway into the Great Lakes waterway system.

The Des Plaines River/Chicago Sanitary and Ship Canal parallels I-55 and connects to the south branch of the Chicago River.

The Will County 2040 Long Range Transportation Plan was adopted by the County Board in March of 2017.

Additional transportation planning information is included in the CMAP Onto 2050 Plan.

​Will County Department of Transportation

“When you look at the rail connectivity and highway connectivity, Chicago [offers] good reach for the Midwest. A lot of what comes into our intermodals in Joliet is redistributed out to Indiana, Iowa, Minnesota, Missouri and Kansas. You’ve got good regional distribution in Chicago.”