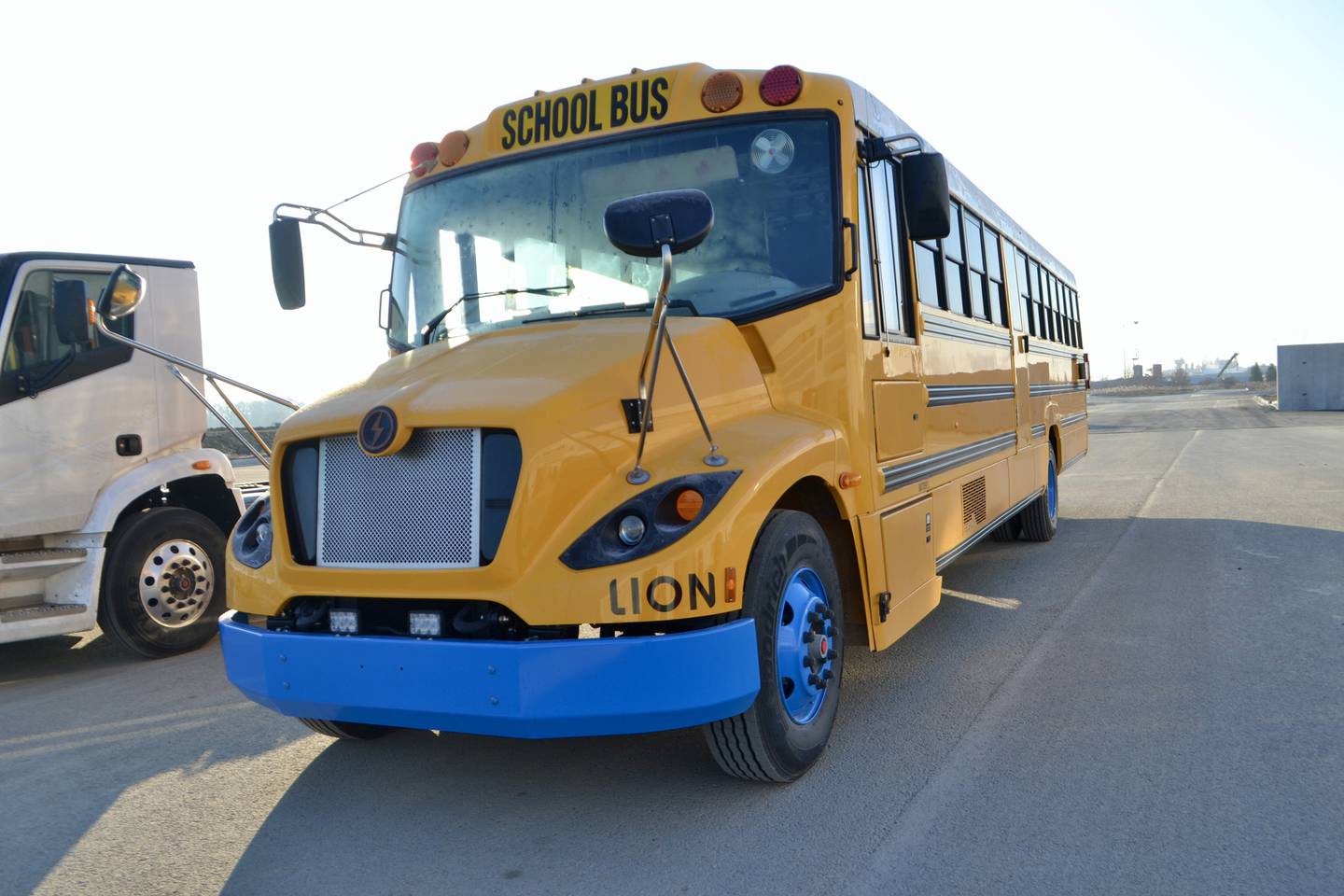 Lion Electric Co. has been showing local officials the progress of construction at its future manufacturing facility in Joliet. The Canadian company expects to open next year and eventually employ about 1,400 workers.

As work continues on the forthcoming Lion Electric Co. factory in Joliet, the company has been inviting local officials out to the location to try out the types of electric vehicles it plans to produce.

On Tuesday, Mark Denzler, the president and CEO of the Illinois Manufacturers Association, was able to get behind the wheel of one of the large, electric school buses. The low hum of the bus was barely detectable as the bus drove.

“This is cool,” Denzler said. “And just so quiet.”

He asked several questions about how the vehicle functions and the practical considerations companies use when operating an electric vehicle compared to a traditional gas-fueled one.

Denzler called the technology that innovative manufacturers such as Lion Electric use to produce the electric vehicles is “truly impressive.”

“This is the future,” he said. “And we’re excited and proud to have Lion [Electric] in Illinois making them here.”

Read the full article at ShawLocal.com