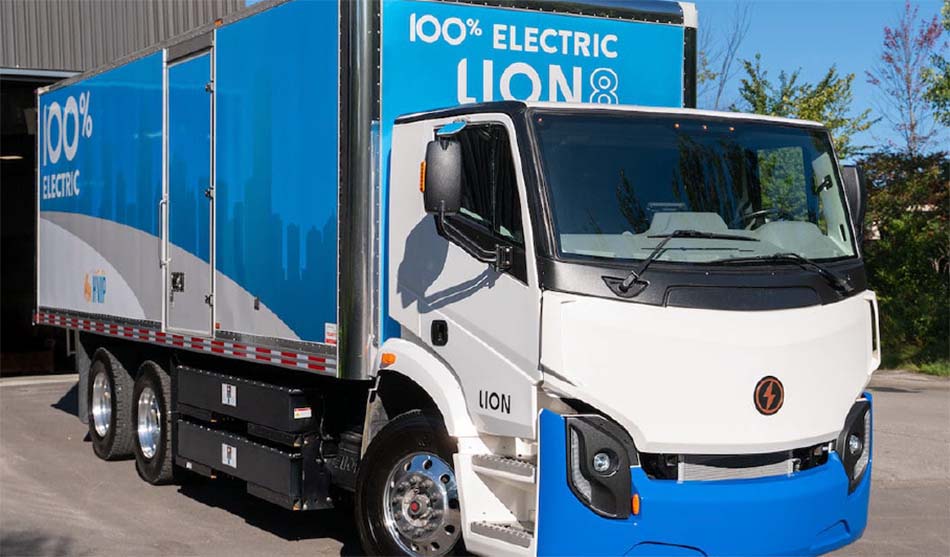 MONTREAL, Jan. 10, 2022 /PRNewswire/ – The Lion Electric Company (NYSE: LEV) (TSX: LEV) (“Lion” or the “Company”), a leading manufacturer of all-electric medium and heavy-duty urban vehicles, today announced that it has taken possession of its upcoming production facility in Joliet, Ill. Tenant improvement work is ongoing and the company will shortly begin the installation of critical equipment and expects the first vehicles to come off the production line in the second half of 2022.

The manufacturing facility, which was announced last year, will represent the largest dedicated production site for zero-emission medium and heavy-duty vehicles in the U.S. upon its completion, with an expected annual production capacity of up to 20,000 vehicles per year. The facility is expected to add up to 1,400 clean energy jobs in the region over the next four years.

Richard Coulombe has been named Senior Vice President, Strategic Initiatives. In this new role, Mr. Coulombe will be responsible for leading Lion’s growth and strategic initiatives, with a primary focus on major upcoming projects including the Joliet, Ill. manufacturing facility and the Lion Campus (which includes the battery manufacturing plant and innovation center) in Mirabel, Quebec. He will coordinate with all departments to ensure that Lion’s strategic governance plan is consistent with the company’s growth. Mr. Coulombe’s experience spans over 25 years in international public organizations within the transportation technology sector, having previously held executive positions at Alstom, Bombardier Transportation and Pratt & Whitney.

Read the full article at TheEVReport.com