After 20 years of inspirational leadership as the President and CEO of the Will County Center for Economic Development, John Greuling has announced his retirement, effective March 6, 2022. 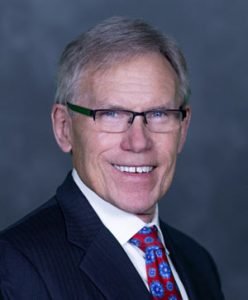 John’s legacy and the impact he has had on Will County is unparalleled. When he arrived in 2001, he immediately saw the potential for business development and our community greatly benefitted from his vision, his ability to forge personal relationships, and his “can do” approach to driving decisions and implementing action plans. He is unique in his ability to bring diverse viewpoints to the table and develop partnerships across the public and private sectors.

John’s leadership helped drive game-changing infrastructure improvements in Will County. During his tenure, the I-355 extension to I-80 opened, which further connected Will County to the Chicago Metro area and has been the gateway for development. He spearheaded the creation of the I-80 Coalition, which brought together public and private sector stakeholders, working together to accelerate the completion of the I-80 rebuild project. The I-80 project is now underway and is the signature project of Governor Pritzker’s Rebuild Illinois plan with completion is expected by 2027.

Greuling was also key in the creation of the award-winning Will County Community Friendly Freight Plan, which helped identify Will County’s role in the national economy and provided a holistic approach to freight mobility, land use, workforce development, education, and community livability.

Job creation has been a hallmark of John’s tenure. During his time at the CED, Will County was far and away the top job creating county in Illinois, adding more than 90,000 jobs in a diverse set of industries. Amazon alone brought over 10,000 well-paying jobs with benefits for residents during John’s time with the CED. Most recently, John was at the helm during the recruitment of Lion Electric Company to Joliet which is bringing manufacturing of electric vehicles to the region, again creating many new jobs.

John’s vision for the County also brought awareness for infrastructure needs, housing, and recreation – all focused on making Will County a wonderful place to live, work and play. There are not enough words of gratitude for John’s accomplishments, the relationships he developed in support of our community and particularly his communication with and inclusion of all stakeholders.

Knowing that John’s retirement would occur in 2022, the CED’s Governance Committee convened a Search Committee in October 2021. Members of the Search Committee were Bob Filotto, David Livingston, Rod Tonelli, Lydia Garvey, Arvid Johnson, George Mahoney, County Executive Jennifer Bertino-Tarrant, Nick Palmer (representing County Board Speaker Mimi Cowan) and Ruth Colby. Doug Pryor was considered as a candidate for the President/CEO role of the CED. Doug presented his vision for the organization which had a strong focus on growth, development, relationships, and collaboration. Subsequently, the Search Committee unanimously voted to offer Doug the position of President and CEO of the Will County Center for Economic Development effective March 7, 2022. 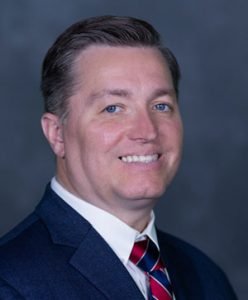 Pryor joined the CED in 2017 as the Vice President for Economic Development and has led the CED’s business recruitment and retention programs for five years. In his time at the CED, Doug has helped deliver projects totaling more than $4 billion in investment in a wide range of industries including energy, corporate headquarters, electric vehicle manufacturing, and retail.

“This is an exciting and humbling opportunity. I am eager to advance the work of building and diversifying the economy of Will County to improve opportunity and quality of life for all our residents,” Pryor said. “Will County is a powerful economic engine for Illinois. Our incredible workforce, educational institutions, and positive business climate in the setting of some of the best transportation assets in the nation help ensure that we will continue to be a world-class destination for business growth for years to come.“

Doug has also been an Adjunct Instructor of Economics and Statistics at Dominican University in River Forest, Illinois for the past ten years and currently serves on the State of Illinois Enterprise Zone Board. Previously he was the County Administrator for Grundy County and Vice President of Grundy Economic Development Council. He is a proud alum of Joliet Junior College, graduate of the University of Illinois with a bachelor’s degree in economics and holds an MBA from Dominican University. Doug is a native of Joliet and resides in New Lenox with his wife, Jennifer, and their two children.